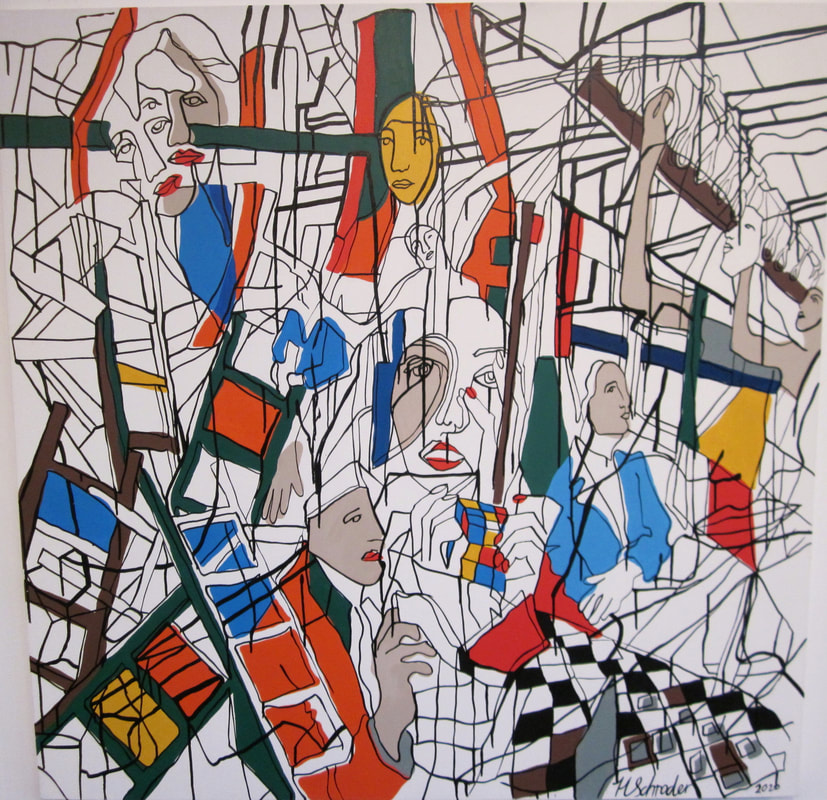 "DAWDLING" Acrylic, Indian  Ink on Canvas, 120 cm x 120 cm SOLD
Holly’s multi-media practice comprises of both painting and moving image light projections. Her painting
works are often based around taking subjects from many different environments and merging them
through movement patterns. “Often movements catch my eye and turn into inspiration for multiple
works. I like how there can be multiple stories playing out simultaneously in one work, and how each
subject is connected and interacting with the subject next to it”. The title of each work is referenced to a
movement quality.
Holly Schroder grew up in the South Island town of Hokitika. At 17, she moved to Auckland and
embarked on a Bachelor of Visual Art at AUT, majoring in painting. Following this Holly completed a
six-month creative studio residency and post-graduate study in Creative Technology at the Media
Design School. Holly has been involved in a number of groups and solo exhibitions, as well as multiple
public light installation works. She practises full time from her home studio in Auckland.

Pareidolia is when the mind perceives a familiar pattern of something where none actually exists. For
example, visual representations may appear when looking at clouds or rock formations. Pareidolia
occurs when the brain is bombarded with a stimulus; causing it to continue to perceive that stimulus
even when it is not present. Therefore, the act of learning something too well will interfere with one’s
perception of reality.
Jumping and shifting between figuration and abstraction. Fluid lines and connecting forms blur the
boundaries between known representations and chance representations, allowing multiple possibilities of
what something could be. “I want the work to unravel over time, for some things to hide and some
things to emerge”. The more time you spend contemplating the work, the more will reveal itself. 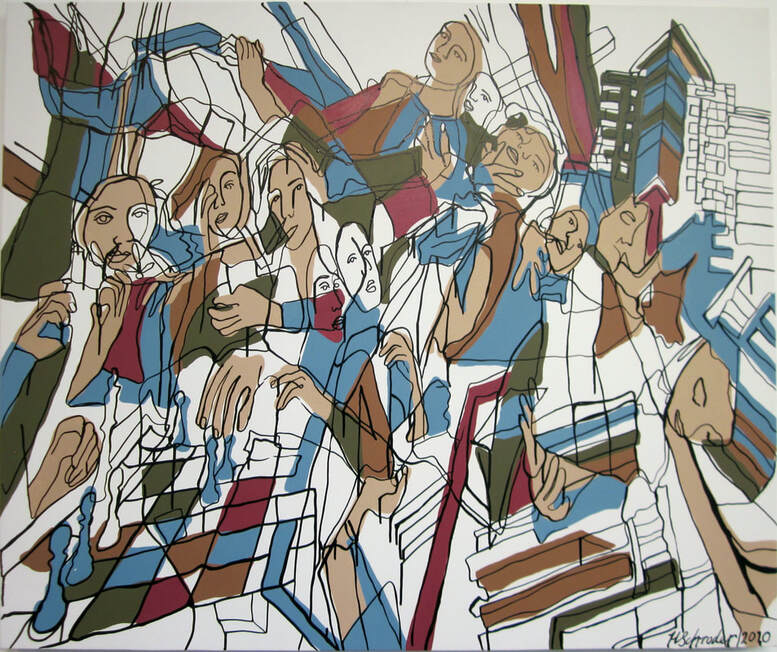